We set off from Leaplish on a bright and chilly morning, 3 cyclists and me. A complete amateur, 20 years since last on a bike and absolutely terrified! The thought of 26 miles on a bike had kept me awake, let alone 26 miles of wild and rugged terrain around the mighty Kielder Water! In order to keep up with my group Ian from the Bike Place suggested an electric assisted cycle. He explained how to use it and offered useful tips and suggestions when he delivered it along with obligatory safety helmet.

Sam (left) all set for her ride around Kielder Water, starting at Leaplish

We started along the Lakeside way enroute to Kielder Castle and after a few wobbles managed to get the hang of it surprisingly quickly. The four different assistance settings meant I was more that able to keep up with the others, in fact with a little turbo boost I flew past them on the steeper inclines. For the first time in my life I was actually grateful for having a well padded derrière as in addition to a gel saddle and cycle shorts I was well protected from wear and tear.

We headed along the north shore just as the clouds parted and brilliant sunlight hit the reservoir, the effect was quite simply breathtaking. More excuses to stop soon appeared as we discovered each piece of art and architecture, wonderful creations that we wouldn’t have got to see by foot and all of them offering a welcome break from the saddle. Some tricky slopes and bends forced me to concentrate further along the route but all of them were achievable with my trusty turbo boost. We were all ready for a quick rest and some refreshments when we arrived at the Dam and I felt on top of the world crossing the Dam wall with the wind behind me.

A relatively easy couple of miles took us to Tower Knowe where a hot cuppa was well received. Only 7 1/2 miles left to go, but I was now feeing a bit tired and saddle sore. I was buoyed by the stunning effect of glinting water peeping through the gaps in the trees, enticing me to keep going and soon the surroundings began to become familiar as we neared Leaplish. I literally flew past Freya’s cabin and completed the last mile with renewed energy.

It took just over 4 hours to get round the whole lakeside way, this included several refuelling stops, exploring of the sculptures and of course the obligatory selfies! We concluded the trip with a celebratory drink in the Boat Inn, feeling tired but elated that we had conquered The Lakeside way.

Cycling around the reservoir gave me a completely different perspective of Kielder, I saw elements of nature I would not have seen from foot; covering a greater area and still feeling completely connected to the natural surroundings. Being a, “non-cyclist” this would not have been possible without the electric assisted cycle, it allowed me to keep up with the group and still be able to enjoy the beauty of the surroundings. Being able to hire this expensive bit of kit, makes the adventure very accessible and the advice, expertise and reassurance Ian and Kevin at the bike place provide is a brilliant resource!

I don’t think I will be entering the Tour de France any time soon, but I will definitely be visiting the Bike Place again, maybe later this summer to attempt the route in reverse.

Electric assisted cycles are available to hire from £35 along with a wide range of cycles to suit all ages and abilities.

If you fancy exploring Kielder on two wheels, find out more here:  http://www.visitkielder.com/play/adventure/cycling

Working for Active Northumberland, I was given the chance to be considered for a place in the 2015 Kielder 10K at Kielder Water & Forest Park on October 3.

After some deliberation I applied. The reasons behind my application were to get fit, lose weight, stop smoking, and generally make my life healthier. I had an added incentive in that I am to be mother-of-the-bride in July 2016 when my daughter gets married.

Shortly after I applied, I was fortunate enough to be offered my own ‘personal trainer’ to get me on my way. Little did Steve Baker from Morpeth Riverside Leisure Centre know what a task he had in front of him…

Week one started gently but by week six, I was working harder than I had ever done and that’s when I joined Ashington Hirst Running Club for beginners. They were fantastic and gave me so much encouragement leading up to the race.

The morning of the race came and I was a little nervous standing on the start line among nearly 900 other runners, but excited at the same time.

It hadn’t really hit me until then just how far 10K actually was and I found myself wishing a little bit that I had already finished the race, and not just about to start!

Everyone was so friendly though and I spoke to a few people around me who had run a 10K before. They assured me that it was an achievement just to be even standing on the start line, to enjoy it and not to worry about what time I finish the race – the main thing was I was there.

Running in the 10K

The views of the Park were absolutely stunning and I had plenty of time to enjoy them really as I wasn’t speedy in the least. Even the peace and tranquillity of Kielder Water & Forest Park is ideal and I enjoyed everything about it (except maybe the inclines around Bull Crag peninsula haha).

The people I met and the encouragement all the way along the route was amazing (although I think the marshals felt a bit sorry for the one at the back!). Four very kind marshals actually ran along with me for a short way as I must have looked a lonely figure bringing up the rear, or maybe they were a little on the cool side and needed warming up, either way I really did appreciate it.

Heading for the finish line with Northumbrian Water’s David Hall

Crossing the line was amazing! There were so many people there and the atmosphere was something I’ve never experienced before. I think a lot of the crowd were waiting for the first of the Kielder Run-Bike-Run competitors, who were running simultaneously on a longer route, to start coming in but I soaked up their applause regardless.

I am a very lucky lady that I had so many friends and family also there to cheer me on and I want to thank them all.

I go to a running club now every Tuesday and Thursday which will help me finish better than last place or even just aim for a faster time than 1hr 41 mins next year…and yes, I did mention a next year!

That’s what people do; strive to beat their previous time. Although I think I may have to visit Kielder a few times before the race to help me conquer those hills!

The Park is so beautiful though, with it’s extensive network of off-road trails it’s the perfect location for some long (and not so long) distance running and cycling.

The atmosphere of marathon weekend is also so electric and it’s well organised –  I would recommend everyone take part in a race at some point – whether it’s the 10K that I took part in, or the marathon, the half marathon, the Run-Bike-Run or even the junior runs.

In the meantime, while I gear myself up for next year, I would really like to thank all my colleagues in Active Northumberland who gave me the chance to do this and put up with my regular updates on my training plan!

Just take a look at the fabulous photos of the Bradbury Chalet, our newest luxury accessible accommodation.

Luxurious living inside the Bradbury Chalet

The Bradbury Foundation, who have supported Calvert Trust over many years, have once again provided the funds to help us build the second of five planned luxury accessible chalets.

As fantastic as the brilliant Straker Chalet, if you book now you can experience for yourself the steam/shower room, or soak in the spa bath while watching your favourite soap on the in-wall bathroom TV.

Enjoy the panoramic views of Kielder Water & Forest Park from the Jacuzzi on the terrace through the day, and the darkest skies in England at night.

If cooking is your favourite thing, the fully equipped kitchen has everything you could want, from individual lemon squeezers to a fish kettle!

The master bedroom has a hoist discreetly housed above the bed and the family bathroom has a door that opens in and out for easier access.

For the fourth consecutive year now, we’ve welcomed hundreds of young people during July and will continue to do so throughout August for a residential stay as part of their ‘Personal Challenge – Get Active’, ran by the National Citizen Service (www.the-challenge.org).

The National Citizen Service (NCS) is a government-backed programme which brings together young people from diverse backgrounds, providing them with strong skills for life, work, and adulthood.

As part of their intensive, part-residential programme, the ‘NCS Personal Challenge – Get Active’ encourages participants to face their fears, develop confidence and bond with team mates…

…and that’s where canoes come in. If you see a bunch of 16 and 17 year olds having a whale of a time on Kielder Water, supervised of course by our fantastic activities staff, you’ll be witnessing a first for many of them.

The teens enjoying themselves on Kielder Water

The teenagers are mostly from London and the Midlands and have little or no experience of the wonderful environment that Northumberland has to offer.

We’re sure that the beauty of Kielder and their experiences while in the Park, will help them to face their fears, develop confidence and bond with team mates. 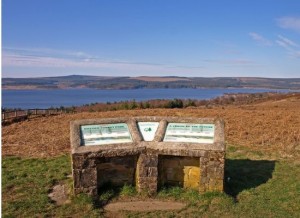 Rejoice! Kielder has had a summer. Surely you remember what one of those was like? My parents told me we used to have them on an annual basis.

With temperatures soaring and minimal rain there has been evidence of cheeky little devils leaving washing on the line….overnight. Apart from the 22nd of July, where we had the most impressive thunderstorm with horizontal rain, sheeting rain and more rain. I just had to stand out in it and have a bit of a cool down. The air was cleared and hey presto, just like magic it was dry by morning for another sunny day

The sun has been perfect for the summer holidays. The pleasant days have brought striking views, with glorious sunrises and sunsets. You’ll know if the odds are high for the sun to be around in Kielder as the symphony of our fleet of lawnmowers will be heard for most of the day. And if it’s a bit overcast, then it’ll be chainsaws and the thump of log-splitters you’ll be hearing. END_OF_DOCUMENT_TOKEN_TO_BE_REPLACED

The unknown noise started quite early in the morning…
It was faint at first. You could hear something, prick up your ears; only to hear silence again.

We live in the most tranquil place in England. That’s the claim…and I tend to agree. Kielder in the evenings and mornings is silent! There can be a debate the next day about the car that drove through the village in the early hours, it’s that peaceful.

So to be woken by a ‘noise’ on a Sunday morning at six o’clock is worth a neb. END_OF_DOCUMENT_TOKEN_TO_BE_REPLACED