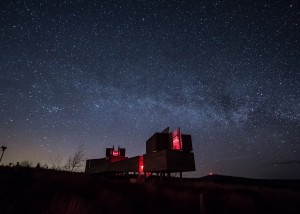 We would like to thank you for not travelling out to the Northumberland International Dark Sky Park at this current time and look forward to seeing you all in the future. In the meantime, there are some wonderful things to look out for from your back yard, or from your window, and do over the next few days

Isn’t it great when a simple idea takes hold and within a very short space of time, becomes a global event? Seventeen years ago, US high-school student, Jennifer Barlow, came up with the idea of International Dark Sky Week to draw attention to the problems associated with light pollution and promote simple solutions available to mitigate it. As England’s first International Dark Sky Park, it is now it is firmly embedded into our calendar.

This is generally a good time to view the night sky as it coincides with a New Moon on the 23 April.

One event to look out for is the Lyrid Meteor Shower that peaks in the early hours of the 22 April. Meteors are small bits of debris left in the wake of celestial objects like asteroids or comets. When the Earth passes through this trail of material on its orbit of the sun, it catches a number of these pieces, which fall into our atmosphere.

These objects move extremely fast (about 50km/s), causing the surface of the meteor to reach temperatures as high 1600°C and to glow brightly, which is what we see as a short-lived streak of light in the sky.

The Lyrid Meteor Shower is associated with long-period Comet C/1861 G1 Thatcher, one of the oldest recorded meteor shower still visible today, which was first recorded in 687 BCE.

The best way to view them is you are patient enough to stay up, is to wrap up warm, take a deck chair to sit on and flask of hot chocolate and just lie back and take it all in.

On the 26 April, the Moon and the planet Venus will be very close to each other in the western sky. Venus will actually be at its brightest on the 28 April. Regarded as the sister planet to Earth due to its similar size, one day on Venus is actually longer than one year on Earth. It takes 243 Earth-days to complete one rotation. The orbit of the planet takes 225 Earth-days – making a year on Venus shorter on day on Venus. 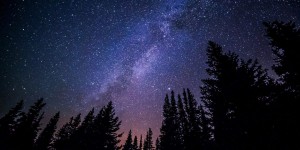 Light pollution is a common term referring to artificial light that shines where it is neither wanted nor needed. Nocturnal animals like moths and bats are active at night. Artificial light can create a fatal attraction to insects, allowing some predators to exploit this attraction to their advantage, resulting in declining insect populations and impacting negatively on other species that rely on these insects for food or pollination.

Artificial light can cause birds that migrate or hunt at night to wander off course, or to migrate too early or too late and miss ideal conditions for nesting and foraging. We too adhere to a circadian rhythm (our biological clock that is governed by the day-night cycle). Artificial light at night can disrupt that cycle making it difficult for us to sleep well and healthily.

1)     Make sure your outside lights are fully shielded or angled downwards, so that no light shines up into the night sky

2)     Cool-white LED lighting can be disruptive to nocturnal wildlife. Choose LED lights that emit a warm-white light i.e. below 3000 kelvin

3)     Avoid over-lighting and glare by choosing a low wattage LED light. A modern 5w LED bulb is equivalent to a 60w incandescent light bulb and is ideal for most domestic uses.

If you want to find out more about what to see in our night sky and how to conserve them, go to these useful websites: https://britastro.org/ and https://www.darksky.org/